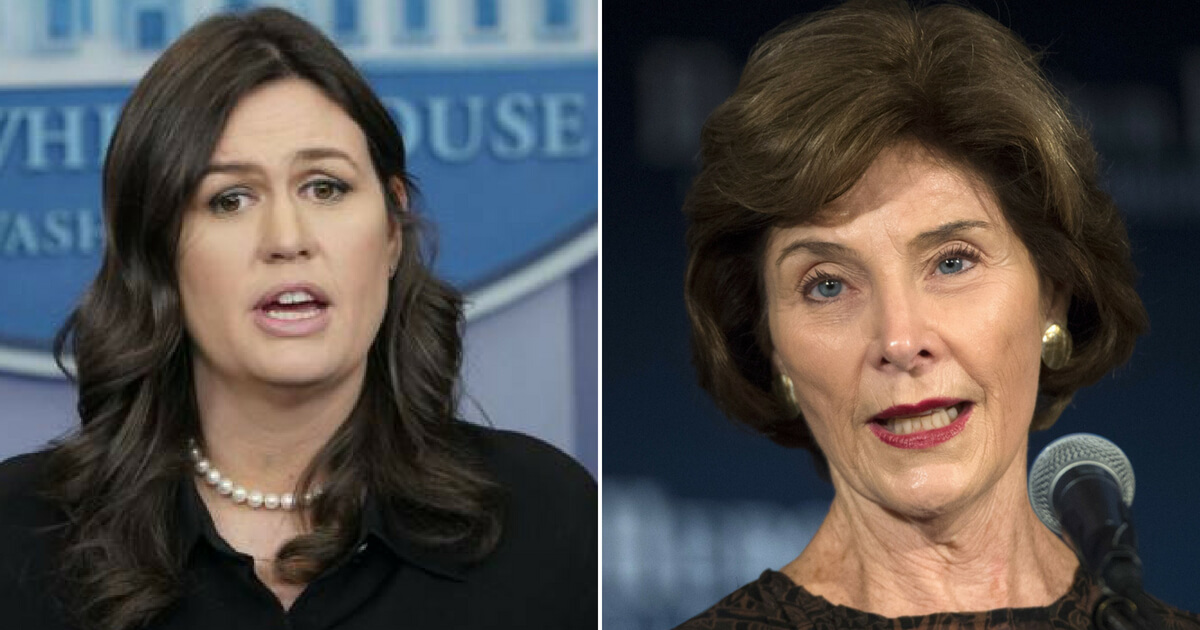 ICYMI: Former First Lady Laura Bush published an extremely critical op-ed piece in the Washington Post this week, in which she bashed the Trump administration for the policy of separating children from their illegal immigrant parents at the border.

In her op-ed piece, Bush wrote:

“Our government should not be in the business of warehousing children in converted box stores or making plans to place them in tent cities in the desert outside of El Paso.

These images are eerily reminiscent of the internment camps for U.S. citizens and noncitizens of Japanese descent during World War II, now considered to have been one of the most shameful episodes in U.S. history.

We also know that this treatment inflicts trauma; those who have been interned have been twice as likely to suffer cardiovascular disease or die prematurely than those who were not interned.”

The negativity towards the Trump administration continued throughout the entire piece.

When asked about the president’s reaction to the Bush op-ed, Sanders said that the president shared her concerns and urged Congress to change the laws that were driving the child crisis at the border.

“Frankly, this law was actually signed into effect in 2008 under her husband’s leadership, not under this administration,” Sanders said at the White House press briefing on Monday.

The law that Sanders was referencing is the Trafficking Victims Prevention Reauthorization Act, which was signed by former President George W. Bush back in 2008. This is the same law that Secretary of Homeland Security Kirstjen Nielsen stated needed to be reformed.

Nielsen was quoted as having said, “This law encourages families to put children in the hands of smugglers to bring them alone on this dangerous trek northward” during the White House press briefing. “And make no mistake, we’ve talked about this before — this trek is dangerous and deadly,” she continued.

Back in 2014, then President Barack Obama and his administration also placed blame on the law for the huge waves of unaccompanied minors at the United States border with Mexico.

“We’re not the ones responsible for creating this problem. We’ve inherited it,” she stated. “But we’re actually the first administration stepping up and trying to fix it.”

Take a look at the way reporters attacked Sanders during her press briefing: