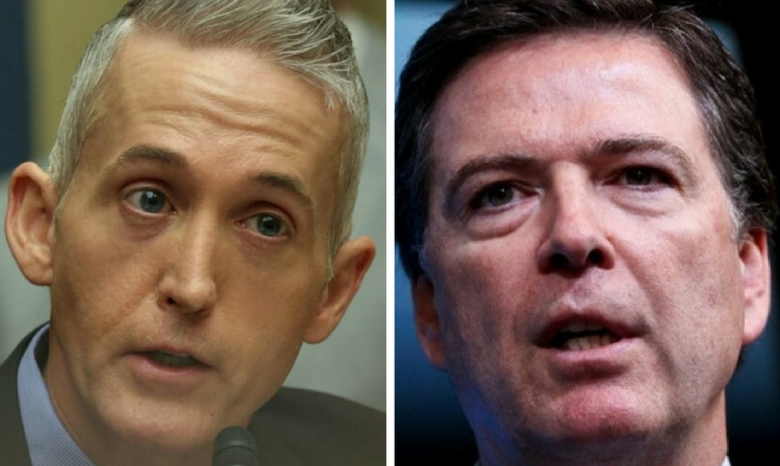 Opinion| Given the unprecedented level of political division that exists within the United States body politic, coupled with the incredible complexity of the legal issues surrounding the surveillance, and attempted coup, that was directed towards Donald Trump, many of us have wondered how the seditious (traitorous?) acts of the Obama era intelligence community could ever be properly adjudicated.

It’s clear that the chances of finding a jury of average Americans with the capacity to understand the severity of the Constitutional violations along with the ability to abandon their political biases would be next to zero.

Jury nullification is not an option.  Left unpunished there would be nothing for future presidents to similarly turn the intelligence agencies into a secret police to crush political dissent.

This is especially true for those corrupt politicians who ran through in excess of $10 Trillion over the eight years that their president lorded over Washington’s extravagant spending spree.

Absent punishment commensurate with their crimes against the Constitution, future seditious actors would be encouraged to repeat their treasonous behavior.

From the beginning many of us believed that only through the use of military tribunals would the possibility of unbiased adjudications be possible.

Seldom used in recent years, the potential that military tribunals were in the offing, to deal with the Obama administration’s abject disregard for the Constitutional protections guaranteed American citizens, came into the public discourse during the confirmation hearings for Brett Kavanaugh.

Lindsey Graham questioned nominee Kavanaugh about when it becomes appropriate to use military tribunals in the place of presenting the prosecution’s case in the criminal court system.

Graham: So when somebody says, post-9/11, that we’d been at war, and it’s called the War on Terrorism, do you generally agree with that concept?

Kavanaugh: I do, senator, because Congress passed the authorization for use of military force, which is still in effect. That was passed, of course, on September 14, 2001, three days later.

Graham: Let’s talk about the law and war. Is there a body of law called the law of armed conflict?

Kavanaugh: There is such a body, senator.

Graham: Are there differences between those two bodies of law?

Graham: From an American citizen’s point of view, do your constitutional rights follow you? If you’re in Paris, does the Fourth Amendment protect you as an American from your own government?

Kavanaugh: From your own government, yes.

Graham: So, if you’re in Afghanistan, do your constitutional rights protect you against your own government?

Kavanaugh: If you’re an American in Afghanistan, you have constitutional rights as against the U.S. government.

Graham: Isn’t there also a long settled law that goes back to the Eisentrager case (I can’t remember the name of it)…

Graham: Right, that American citizens who collaborate with the enemy are considered enemy combatants?

Kavanaugh: They can be, they’re often, sometimes criminally prosecuted, sometimes treated in the military.

Graham: Let’s talk about can be. I think there’s a Supreme Court decision that said that American citizens who collaborated with Nazi saboteurs were tried by the military, is that correct?

Kavanaugh: That is correct.

Graham: I think a couple of them were executed.

Graham: So, if anybody doubts there’s a longstanding history in this country that your constitutional rights follow you wherever you go, but you don’t have a constitutional right to turn on your own government and collaborate with the enemy of the nation. You’ll be treated differently. What’s the name of the case, if you can recall, that reaffirmed the concept that you can hold one of our own as an enemy combatant if they were engaged in terrorist activities in Afghanistan. Are you familiar with that case?

Graham: So the bottom line is on every American citizen know you have constitutional rights, but you do not have a constitutional right to collaborate with the enemy. There is a body of law well developed long before 9/11 that understood the difference between basic criminal law and the law of armed conflict. Do you understand those difference?

Kavanaugh: I do understand that there are different bodies of law of course, senator.

Now fast forward to this Sunday morning when Trey Gowdy discussed the need to do more than just expose the corruption of the intelligence community that took place with the knowledge of the Obama White House.

Verdicts must be rendered and punishments for those convicted, must be severe enough to dissuade future administrations from employing the same violations of our constitutional protections attached to those found guilty.

So, is there going to be accountability?  It depends upon whether tribunals are willing to do what Johnny just did, which is spend hours interviewing the Jim Bakers and the Jim Comeys.  Remember we had Comey for two whole days.

I just listened to Lindsey Graham, he sounds really, really serious about providing oversight.  Bill Barr, when he was being confirmed, said he was serious about it. Michael Horowitz, the Inspector General is a serious man and a straight arrow.

This is not a Republican or a Democrat issue Maria.  Everyone should have a Department of Justice that they have confidence in.

Editors Note: Critics may say Gowdy used the word “tribunals”, but he was not speaking specifically of military tribunals.  Seeing as Gowdy is an attorney and former prosecutor, the man chooses his words carefully and speaks them with purpose, we believe he was in fact referring to military tribunals.  I suppose time will tell. Stay tuned.