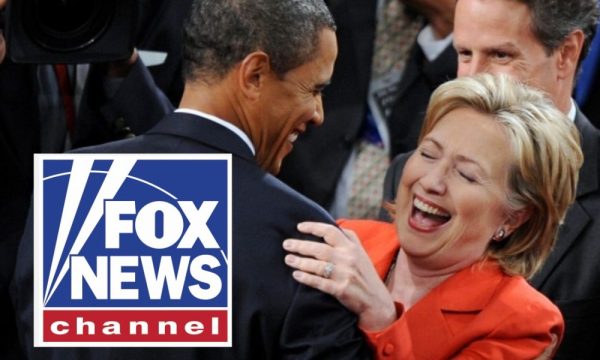 Fox News Goes Over To The Dark Side, Prepares To Help Sabotage Trump’s Re-Election.

Opinion | The mainstream media has been working tirelessly to delegitimize Donald Trump’s presidency; despite this, he is still ranking higher on his approval rating than Barack Obama during the same time in his presidency.

Fox News’ upper management is not okay with having another four years of Donald Trump’s policies, specifically his mainstreet economic growth plan that is not compatible with their multinational Wall Street economy.

If you’ve been paying attention to what’s going on over at Fox News, you would have noticed the slow shift or “tilt” towards the left.

Most recently, Judge Jeanine Pirro was suspended and silenced for her opening statement on the antisemitism of Ilhan Omar and the anti-Israel democrat party.

President Trump was right when he said the democrat party is now the anti-Israel party. Don’t forget Nancy, history has proven over and over when you appease to anti-Semitic sentiment, the worst happens. #OpeningStatement pic.twitter.com/vrnzhcu95o

And even more concerning is their recent announcement that former DNC Chair Donna Brazile will be joining Fox News as the newest commentator.

Yes, the same Donna Brazile who was forced to resign from CNN because she leaked questions during the 2016 Presidential election to Hillary Clinton!

Fox News viewers were forced to sit through this dribble instead of the important revelations Hannity has in the defence of President Donald Trump.

Fox News has yet to explain why viewers won’t have the same type of content leading up to the 2020 election.

Another red flag announcement that Fox News made is that Paul Ryan, who constantly worked against Donald Trump, is one of the newest Board of Directors for the News network.

Both Ryan and Brazile are for open borders which perfectly aligns with Fox News’ CEO Rupert Murdoch’s interests.

Fox News’s founder, Rupert Murdoch, is a co-chair of what is arguably one of the biggest immigration lobbying firms in the country, The Partnership for a New American Economy. Via his lobbying firm, Murdoch has endorsed Rubio’s 2013 amnesty bill, as well as Rubio’s 2015 immigration expansion bill. Murdoch has also endorsed President Obama’s trade agenda, which Rubio has said would be the “second pillar” of a President Rubio’s three-pillar foreign policy strategy. – Breitbart News (February 3, 2016)

It must also be remembered that in 2013 Fox News worked behind the scenes to facilitate the Senate’s comprehensive immigration reform platform.  Additionally, a year later, Murdoch himself advocated for Jeb Bush and Marco Rubio as the preferred candidates in 2016, using Megyn Kelly to achieve their objective.  Yes, it is all one unfortunate, political and ideological continuum. – Sundance @ the Conservative Treehouse

We are soon going to be on our own with no support of truth within the mainstream media. If you’ve noticed, conservative voices are already being silenced all over social media, now the left is taking over Fox News.