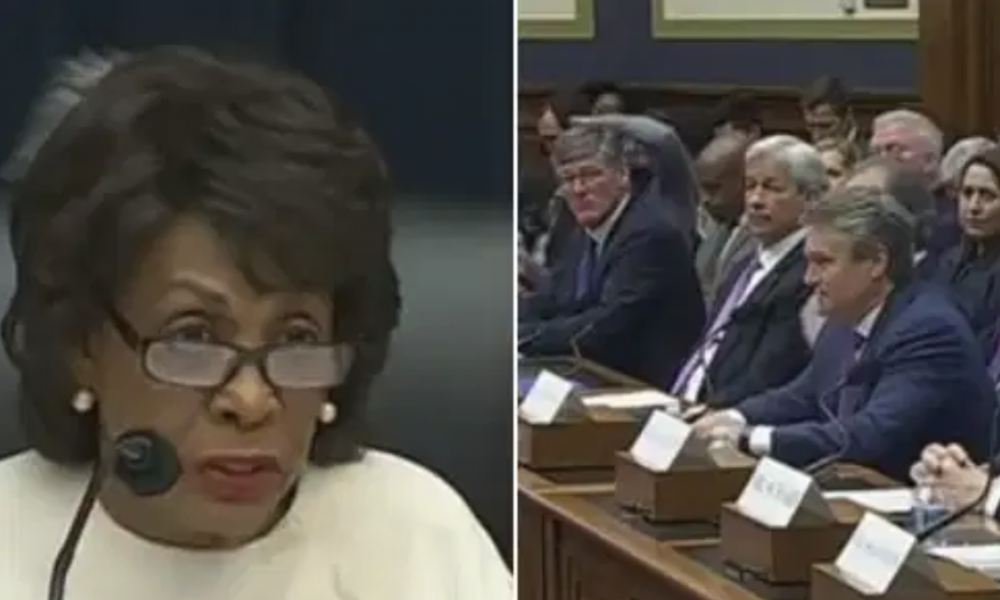 Elder Patriot’s POV| This is a day the Democrats will rue for a long time.

Trusted with the reins of government by the voters they proved they’re not up to the task of protecting our constitutional republic.

Many of us believe the Democratic Party had become a criminal syndicate under the leadership of Clinton and Obama.

Nothing that happened during today’s congressional hearings dispelled that notion.

First, Attorney General William Barr put Democrats on notice that he had every intention of exposing the perpetrators of the Spygate conspiracy to destroy the presidential aspirations of Donald Trump and the tens of millions of voters who elected him.

Down the hall from the room that Barr was testifying in, Democrat attack dog, Maxine Waters proved she had no business being chairman of the House Financial Services committee.

In the process she embarrassed herself and exposed the party that installed her as the head of that important committee.

With some of the world’s leading bankers assembled before her she proceeded to ask them a question meant to produce a sound bite that could be used to benefit her, and her party, with low information voters.

Waters was determined to blame the current student loan crisis on the financial community.

She began by reading talking points listing the disastrous student loan statistics with the intentions of giving her predicate more weight.

Maxine Waters appears to not know that the government nationalized students loans 10 years ago despite chairing a committee that regulates the banks…? pic.twitter.com/9cqA1dv962

“What are you guys doing to help us with this student loan debt?

“Who wants to answer first?

That would be Brian Moynihan, CEO of Bank of America.

Michael L. Corbat is a Chief Executive Officer of Citibank

When Maxine Waters asks the same question of Jamie Dimon her trap snaps closed on… her.

Jamie Dimon is the CEO of JPMorgan Chase.

Maxine Waters, the longest serving Democrat on the important Financial Services Committee didn’t even know that the Obama administration had taken over control of student loans in 2010.

Worse, you guessed it, she was on the committee at that time!

Waters has previously expressed her interest in nationalizing as much of our economy as she can.  Remember this revealing slip by Maxine in 2011:

That was right after she voted with her fellow Dems to take over the student loan industry.  Thank God the oil companies escaped her wrath.

But, not to even follow up on the fate of those young people ten years after your legislation passed is even more unconscionable than the $1.65 trillion in debt that resulted.

Since Maxine let her desire to nationalize the oil companies slip, we’ve witnessed what the result would have been when that was implemented in Venezuela.

It’s hard to envision a college kid being as ill prepared for a job interview Maxine was this morning.  But this isn’t a college kid. Or even an intern.

Maxine Waters is the Democrats’ choice to run the most influential and important committee dealing with the banking industry.

Flashback to December 2012, when House Democrats unanimously selected Rep. Maxine Waters (D-CA) to be the ranking member on the House Financial Services Committee.

At the time Waters said she intended to push for a financial system that “facilitates economic opportunity and wealth creation for all.”

Apparently Waters was in coma when Democrats seized control of the student loan market in 2010.  And, judging by the way she embarrassed herself today, she been in that coma ever since.

There’s a reason Waters was given this important chairmanship and it has nothing to do with her obvious lack of qualifications.  At least not the qualifications you and I would care about.

But, if you were restarting a criminal enterprise, well…