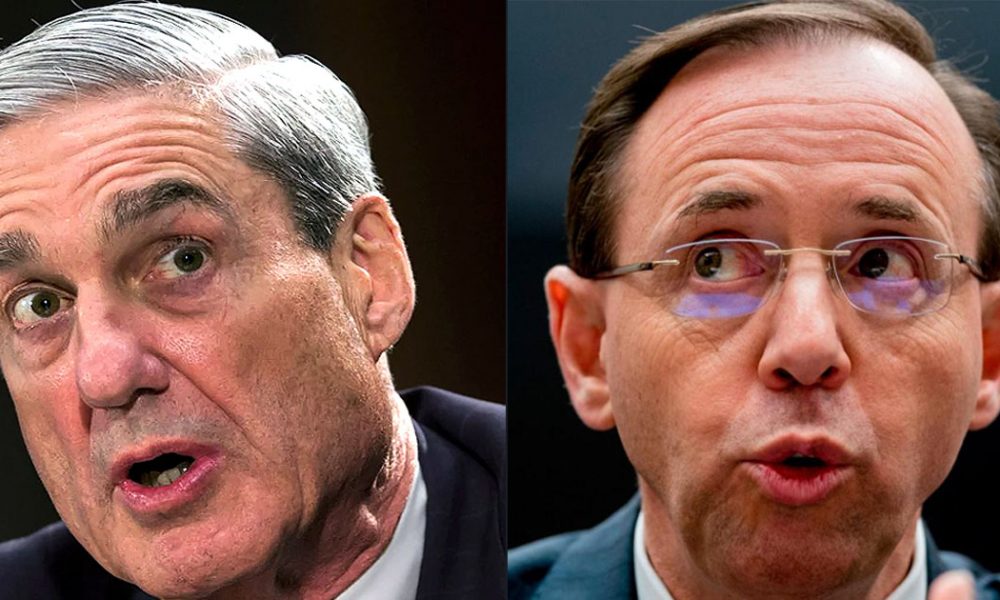 Opinion Of Elder Patriot| On Thursday Julian Assange was forcibly removed from the Ecuadorian Embassy and arrested by British police.  The U.S. immediately moved to extradite Assange.

Rosenstein also said that it will take the U.S. some time to extradite WikiLeaks leader Julian Assange from the U.K. in order to prosecute him.

As far as the corrupt influences within the CIA, DOJ, FBI and the State Department are concerned, as well as those who participated in the special counsel’s sham investigation, the longer Assange is silenced the better.

The predicate for the entire, almost four-year-long, investigation runs the risk of being exposed as a lie – and therefore as an attempted coup – if Assange can produce credible evidence that the emails WikiLeaks released were not the result of Russian hacking.

Assange has remained steadfast in his denials that Russia was the source of the leaked DNC emails.

Sean Hannity: “About the DNC and John Podesta emails, can you tell the American people 1000% you did not get it from Russia. Or, anybody associated with Russia.”

Assange: “We can say, and we have said repeatedly over the last two months, that our source is not the Russian government,  and it is not a state party.”

This interview was aired while Donald Trump was President-elect Trump.

Hannity noted that in WikiLeaks’ 10 years there was never a serious allegation that any of its information was wrong.

Enough evidence points to DNC insider Seth Rich as the source that this possibility  should have been thoroughly investigated if a truthful resolution were the real goal.  Like the FBI’s sham handling of Hillary’s email crimes, it wasn’t.

When a witness came forward offering to testify, why didn’t Mueller let him?  What was he hiding? What were House investigators avoiding?

Let me assure you, the DNC hack wasn’t even a hack. It was an insider with a memory stick. I know this because I know who did it and why. Special Counsel Mueller is not interested in my evidence. My lawyers wrote to him twice. He never replied. 360 pounds!https://t.co/AGRO0sFx7s https://t.co/epXtv0t1uN

I knew Seth Rich. I know he was the @Wikileaks source. I was involved. https://t.co/MbGQteHhZM

If Congress includes #SethRich case into their Russia probe I'll give written testimony with evidence that Seth Rich was @Wikileaks source.

Only for so long as the Spygate conspirators are able to maintain the ‘Russia hacked into the DNC servers. narrative’, can WikiLeaks’ involvement be reported as only being the distribution hub for the Russians.

And, Russia’s having played the central role in the hack is critical to maintaining the only predicate that the Deep State has to justify its actions for the past three-plus years.

We are becoming more convinced than ever that the current movements are a defensive move by collaborators within the British and U.S. intelligence communities to throw a blanket over Assange in order to maintain his silence.