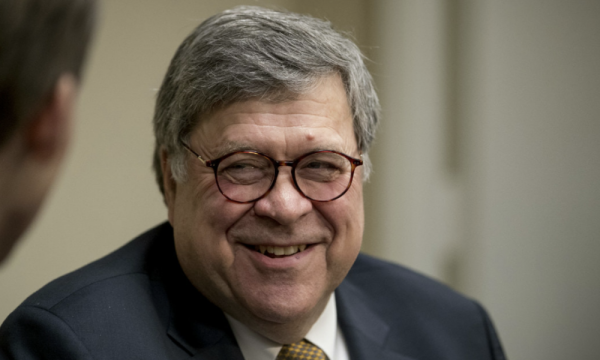 E Patriot’s POV| Democrats on the Senate Judiciary Committee disgraced themselves today when presented with the opportunity to question Attorney General William Barr.

Given seven-minute time limits, the Senators out did each other using their time to berate the esteemed attorney general rather than to ask probative questions.

Mazie Hirono (D-HI) spent her entire time “Kavanaughing” the attorney general.  I present the video of her testimony without comment other than to say I won’t waste my time transcribing it but that you should watch what passes for a senator in Hawaii these days.

Remember this about Sen. Hirono:

Democratic Senator Mazie Hirono says Democrats have a hard time "connecting" with voters because of how "smart" they are and because they "know so much."pic.twitter.com/S7Hwr2whnP

People need to know that we’re on their side. We have a really hard time doing that and one of the reasons — it was told to me at one of our retreats — was that we Democrats know so much, that is true. And we have kind of have to tell everyone how smart we are and so we have a tendency to be very left brain.”

Then there was Sen. Kamala Harris (D-CA) who revealed her lack of respect for the intelligence of her constituents by actually accusing Barr of not having done his own investigation to corroborate Mueller’s findings.  (cued to 1:04)

Seriously?  WTF was Mueller doing if not vetting all of the evidence, or in this case, lack of evidence.  Listen for yourself. Again, I refuse to spend my time transcribing her comments.

Then there was Sen. Richard Blumenthal (D-CA) who feigned outrage over a relatively minor point that Barr said he couldn’t remember the answer to.  Blumenthal is the last one to ask anyone what they remember.

Sen. the Dick remembered being a Vietnam veteran when he wasn’t.

Remember this, no crime was committed.  How did we get to this point where rabid Democrats can ignore that and have people still believe them?

And, through it all, Barr conducted himself with calm and dignity.