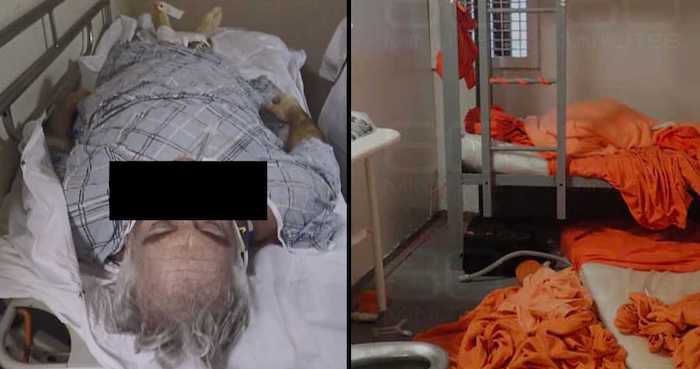 ICYMI| If you are a member of the DS, or anyone involved in the covering up of, well anything high profile these days, you likely were not thrilled to learn that there is likely not a single person on Earth that believes that pedophile and alleged child procurer to the rich and powerful, Jeffery Epstein, killed himself.

Yes, the ‘official story’ suggests that Epstein tried to kill himself once and failed, and then was taken off suicide watch, and then was able to successfully end his own life.  Seems legit.

Anyway, if you ever watch Fox News, you are likely well aware of a Doctor who goes by the name of Michael Baden.

Dr. Baden is widely regarded as the nation’s, and sometimes as the world’s, most distinguished pathologist.

For those of you not up in your pathology, pathology is:

‘The science of the causes and effects of diseases, especially the branch of medicine that deals with the laboratory examination of samples of body tissue for diagnostic or forensic purposes’ says Bing.

‘Michael M. Baden (born July 27, 1934 ) is an American physician and board-certified forensic pathologist known for his work investigating high-profile deaths and as the host of HBO’s Autopsy. He is considered controversial, and has on a number of occasions been on the opposite side of many experts in his line of work.’

Dr. Michael Baden is so well known and respected that he was hired by Epstein’s brother to keep the investigators honest and look into Jeff’s death on behalf of his family.

Baden has explained that Epstein’s eyes showed evidence of capillaries which had burst.  This is something that would indicate strangulation rather than suicide according to the experts.

This is just one in a series of anomalies that have come to the attention of the public since Epstein’s passing.

“In a hanging, the arteries and the blood vessels, the veins are both clogged off and the person is pale. The face is pale. It suffocates you, no blood goes up there.”

“That’s right. No blood coming in or out…. with manual strangulation, there’s a backup of a pressure and the little capillaries can rupture, and they’re best seen in the eye.”

“The initial death certificate was issued at the time of the autopsy, it’s pending further study, getting more information. Five days later it was changed to hanging suicide and one of the things the family wishes to know, the estate wishes to know is, what was that additional information that caused them to change it when five months later and the family still doesn’t know what happened to in the first encounter and what happened to him when he was found dead.”

Baden said the photos showing injuries to Epstein’s neck convince him that the “findings are more indicative of homicide” than a suicide.

“I think there’s a lot of information that still hasn’t been revealed yet that is essential in order to arrive at a conclusion, whether this is a suicide or homicide,” Baden said on Fox News’ “America’s Newsroom.

“I think the closing out of the case as a suicide so quickly was premature.”

The photos show makeshift nooses Epstein supposedly made out of bedsheets at the Metropolitan Correctional Center in Manhattan. But his neck is deeply marked, prompting questions about whether a cotton sheet could cut so deeply.

Baden, a former New York City medical examiner, said the photo showing the marks on Epstein’s neck “doesn’t match the ligature that was found at the scene and that the medical examiner copied to show how he was hanged.”

Maybe I spoke too soon, do you believe the official story about Jeffery Epstein’s death?  If not, what do you think REALLY happened to Bill Clinton’s pal?
In this article: