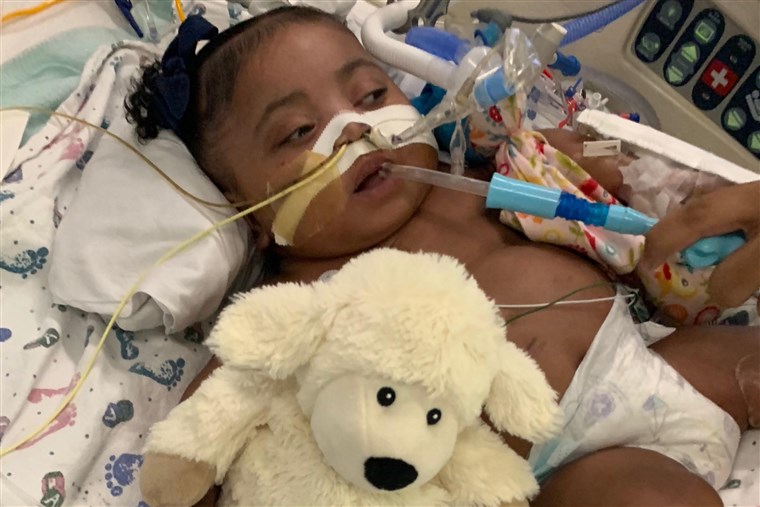 Remember This One?  In Case You Missed IT … This is where our world is headed ….

Judges aren’t God; they just play Him in the courtroom. Judge Sandee Marion ruled Thursday that the medical center can remove 11-month-old Tinslee Lewis off life support to allow her to die in defiance of the parent’s wishes.

The doctors say she is in a lot of pain and that they can do nothing for her.

I wonder if it has anything to do with the parents not being able to afford the continuing use of life support.

The parents have declared that they will be filing an immediate appeal of the ruling in order to get a stay of execution.

This story reminds of a woman who was told by the doctors that the son she was expecting had severe medical problems and would be in constant pain if she didn’t abort her child.

She gave birth, and sure enough, when the child was older, he was in pain every Saturday.

Later it evolved into pain every Sunday, but sometimes on Monday or Thursday.

That pain has now gone away, and Tim Tebow is playing baseball instead of football. He acquired two national college titles and a Heisman Trophy as a sophomore. Not too shabby for a child that could never have a normal life.

From The Daily Caller:
The family lawyer says the family plans to appeal the decision and is filing an emergency motion to stay, according to the Star-Telegram. This would prevent the hospital from removing Tinslee’s life support if the motion to stay is granted. Cook Children’s Medical Center has agreed to keep the baby on life support for the next seven days, whether or not the requested stay is granted.

“I am heartbroken over today’s decision because the judge basically said Tinslee’s life is NOT worth living,” the child’s mother, Trinity Lewis, said in a statement shared by Texas Right to Life. “I feel frustrated because anyone in that courtroom would want more time just like I do if Tinslee were their baby. I hope that we can keep fighting through an appeal to protect Tinslee. She deserves the right to live. Please keep praying for Tinslee and thank you for supporting us during this difficult time.”