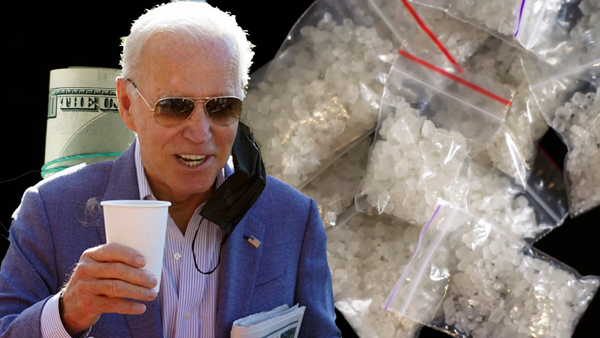 ICYMI| Joe Biden has picked another winning nominee for a key position. He has nominated Rachael Rollins for the position as a US Attorney in Massachusetts. As a DA in Boston, she was better known for the crimes she didn’t prosecute rather than the ones she did including drug dealers selling fentanyl and heroin. Last year 90,000 people died of drug overdoses. All told, there are 15 crimes when will not prosecute or allow her deputies to prosecute as well.

Republican Sens. Tom Cotton of Arkansas and Ted Cruz of Texas slammed President Biden’s nominee for U.S. attorney for Massachusetts. Mostly, they were outraged by her failure to prosecute drug crimes.

“Even before she became a district attorney in Boston, she put out a list of 15 crimes that, by default, she will not allow her prosecutors to pursue without supervisor approval.”

Here are the fifteen crimes Rollins refused to prosecute in Boston:

•   Shoplifting (including offenses that are essentially shoplifting but charged as larceny)

•   Minor driving offenses, including operating with a suspended or revoked license

•   Wanton or malicious destruction of property

•   Minor in possession of alcohol

•   Drug possession with intent to distribute

“She has issued that list as the do-not-prosecute directive once she took office,” Cotton said. “That’s right, in the midst of a national drug crisis with more than 90,000 of our fellow Americans killed by a drug overdose in the last year alone, Joe Biden’s nominee for U.S. attorney openly says that she does not believe that we should prosecute drug possession with intent to distribute substances like fentanyl and heroin.”

Cruz also went after Rollins’ non-prosecutable list, following through on a committee room pledge to tweet out the documents he ran through during the Senate Judiciary Committee.
“Today, in the Judiciary Committee, I walked through a document showing that Rachael Rollins, Joe Biden’s extreme nominee to be U.S. Attorney for Massachusetts, will refuse to prosecute crimes,” Cruz tweeted, including pictures of the document in question.