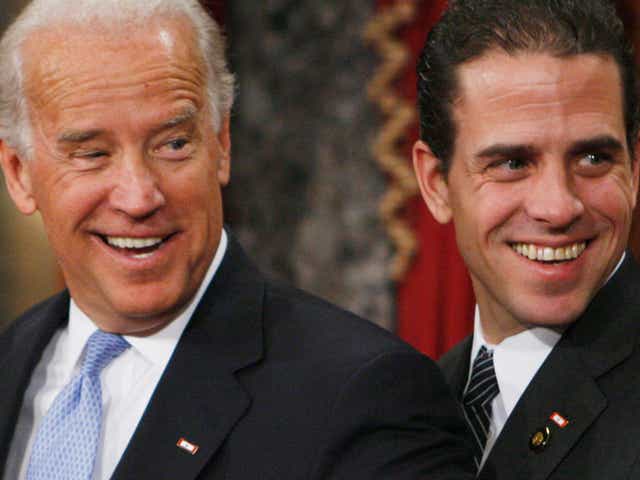 Sen Chuck Grassley shoved Hunter Biden into the Democrats’ face today and he brought a healthy dose of the truth. It was so devastating that I am anticipating the accusation that it was Russian misinformation and that Grassley is Putin’s stooge. They are such a one-trick pony. Sen Grassley revealed the links between the Chinese Communist government and Hunter Biden and Joe’s brother Jim Biden.

What made it totally unbearable for the Democrats is that Grassley brought the documents that backed up his accusations. Funny, but the FBI nor the CIA seems to be interested in the collusion between the Chicoms and the Biden Crime Family.

In-text messages dating back to 2017, Hunter’s now-ex-associates James Gilliar and Tony Bobulinski discussed a breakdown of the joint venture with CEFC, the “stakes” and appeared to suggest getting the now-president-elect involved.

In another exchange, Bobulinski, in a text message to Gilliar on April 30, 2017, asked, “what is the deal w Jim Biden as he wasn’t part of the discussion but now seems a focal point.”

Gilliar replied: “With H demons, could be good to have a back up, he strengthens our USP to Chinese as it looks like a truly family business, and I like the dude.”

Other text messages released to Fox News shows Gilliar asking Bobulinski to come up with an “a lister to meet chairman Sunday.”

“Top person at same level as chairman, who would like to access China or money,” Gilliar replied. “It’s the way it works culturally for them.”

Gilliar added: “And empowers the B family so therefore us.”

The next day Gilliar sent a text to Bobulinski: “Think Joe may come Sunday. I’m hoping.”